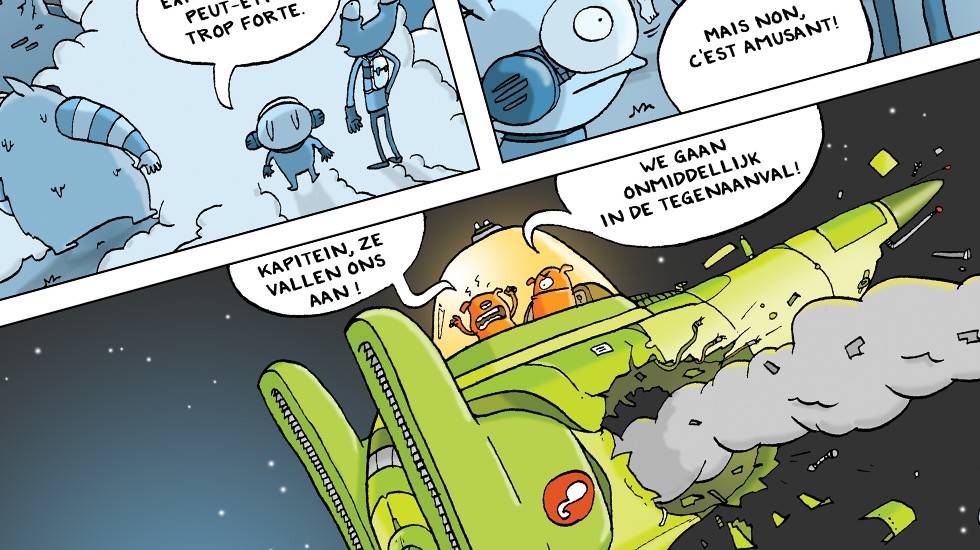 This is the final frame of a comic series drawn by Floris Desmedt and myself. It was published in a childrens magazine called ‘Farfelu’ published by Van In. It ran for three years (2006-2008), then the series was stopped when the magazine was rebranded to ‘National Geographic Junior’.